In this new book, Ulrich Beck develops his now widely used concepts of second modernity, risk society and reflexive sociology into a radical new sociological analysis of the cosmopolitan implications of globalization. Beck draws extensively on empirical and theoretical analyses of such phenomena as migration, war and terror, as well as a range of literary and historical works, to weave a rich discursive web in which analytical, critical and methodological themes intertwine effortlessly. Contrasting a ‘cosmopolitan vision’ or ‘outlook’ sharpened by awareness of the transformative and transgressive impacts of globalization with the ‘national outlook’ neurotically fixated on the familiar reference points of a world of nations-states-borders, sovereignty, exclusive identities-Beck shows how even opponents of globalization and cosmopolitanism are trapped by the logic of reflexive modernization into promoting the very processes they are opposing. A persistent theme running through the book is the attempt to recover an authentically European tradition of cosmopolitan openness to otherness and tolerance of difference. What Europe needs, Beck argues, is the courage to unite forms of life which have grown out of language, skin colour, nationality or religion with awareness that, in a radically insecure world, all are equal and everyone is different. 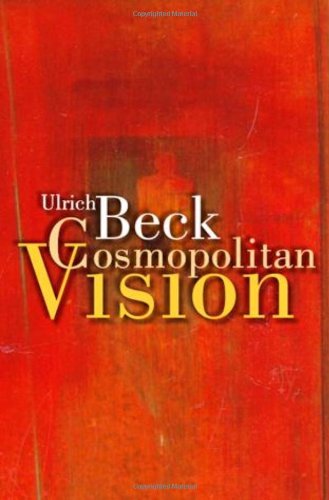