The Conscience of the Eye: The Design and Social Life of Cities

With an eye toward the architecture, the art, the literature, and the technology of urban life, Richard Sennett gives an account of the search for shelter and the fear of exposure to strangers and new experience in Western culture â€“ and how these two concerns have shaped the physical fabric of the city. â€œWhy do we avert our eyes when we encounter the unaccustomed?â€ asks Sennett. In answer, he moves between past and present from the assembly hall of Athens to the Palladium Club; from Augustineâ€™s City of God to the Turkish baths of the Lower East Side; from eighteenth-century English gardens to the housing projects of East Harlem; from Nietzscheâ€™s Birth of Tragedy to subway graffiti. The Conscience of the Eye is an exploration of the politics of vision. 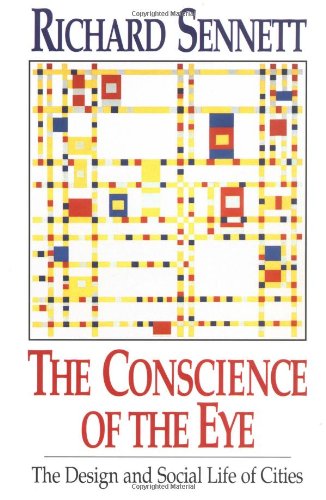