OIO EA is a breakdown of The Handbook’s EA frame. The method, with the individual steps in each activity, is depicted below: 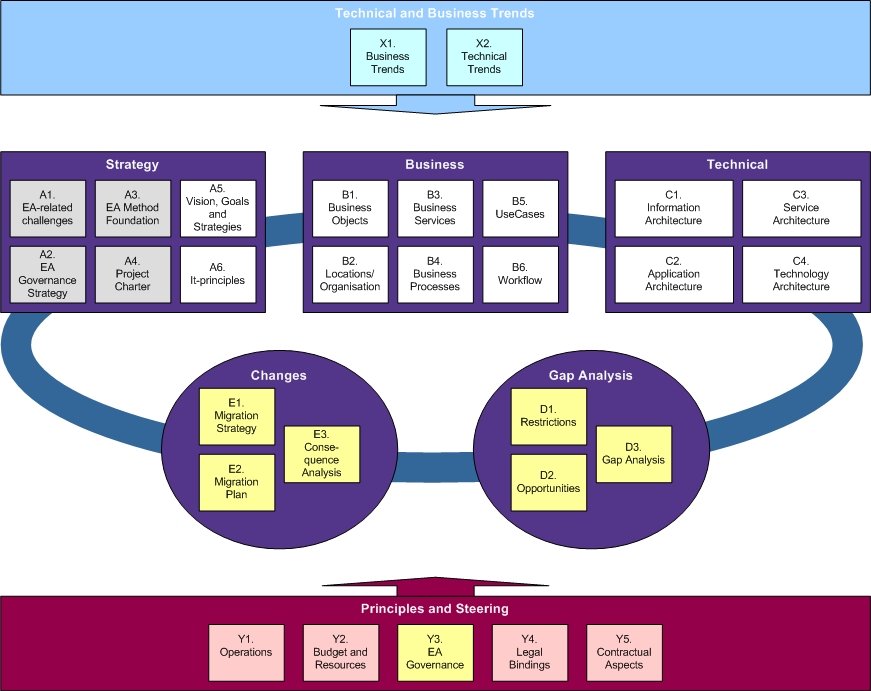 The OIO EA method focuses on the steps within the five central activities (marked blue-violet) – the steps from A1 to E3.  The steps X1-X2 and Y1-Y5 are interacting with the core OIO EA method, and are also described here.  These are however normally conducted by others than the ones responsible for the enterprise architecture, except for step Y3 EA governance, which is a step central for the maintenance of the architecture.

As for the OIO EA method, it is important to notice the following:

When starting an EA project, aimed at establishing or modifying an enterprise architecture, one determines the specific use of the OIO EA method, as indicated in item 3-6 above.